The EU has a critical window of opportunity to put in place innovative yet feasible solutions that would strengthen Europe’s protections against financial crime.

Since the introduction of landmark legislative proposals from the European Commission last year, a range of institutions and observers have published opinions and recommendations, including the European Central Bank and the European Banking Federation.

One common feature of these inputs is that, if implemented, they would significantly expand the scope and scale of responsibilities for the proposed future Europe-wide Anti-Money Laundering Authority (AMLA), the most significant institutional innovation in the EC’s package.

Selected financial institutions will be subject to direct oversight by the new AMLA. To identify these institutions, the AMLA will rely on the results of a (yet to be developed) harmonised risk assessment, to be carried out by national authorities.

The European Banking Federation, for example, calls for the scope of the AMLA to be extended to include the non-financial sector. The European Central Bank, meanwhile, recommends amending the criteria for the institutions under supervision, resulting in a “wider pool of obliged entities to be directly supervised by AMLA”.

While these recommendations seek to address highly relevant gaps in Europe’s defences against financial crime, in practice they will clash with a fundamental challenge: national supervisory authorities in the EU often struggle to perform their current duties, let alone adding new ones.

A Moneyval review of European countries published in May this year found that “effectiveness remains particularly weak in financial sector supervision” and that “lack of adequate human resources and expertise on the part of the competent authorities is a crosscutting issue in the majority of assessed countries.”

The European Banking Authority’s recent assessment of seven national authorities in the EU aligns with MONEYVAL’s findings. The EBA concluded that despite some progress, “in many cases, the population of actively supervised banks was very small”, and that supervisory approaches to risk scoring were usually “neither consistent nor reliable”.

This is exactly where private sector assessments of money laundering risk can help.

To be clear, we are not asking for self-regulation. Rather, we are proposing that risk ratings provided by credible third parties be considered as inputs to risk assessments, similar to the way in which credit risk ratings from recognised agencies are included in prudential supervision.

While there are risks associated with this approach - for example there will be a need to ensure the independence and integrity of risk assessments - these can largely be managed through existing regulations for financial sector benchmarks.

The benefits would include increasing the volume and frequency of data available to public authorities in assessing the financial crime risks of entities under their supervision, enhancing their capacity to allocate resources at low or zero cost to the public. In addition, widespread financial crime risk ratings would create direct market incentives for financial institutions to improve their standards.

When the impacts of dirty money in the financial system are making headlines on a daily basis, it is time to seek new solutions and scale up those that are already working.

Book a demo to learn more about how Elucidate can help you deal with new sanctions and reduce your risk exposure. 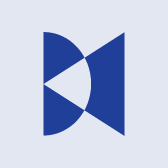 Unlocking the Power of the Network

The current framework for managing AML risk is underperforming despite the investments being made in terms of raw compliance spend.

Empowering respondent banks in the fight against financial crime